UnsCool: Why I Use the Unschool Word

June 06, 2013
Call me weird, but I don't see 'un' as a negative prefix. It's my goal not to use the words positive and negative because they come with too much baggage connected with judgment: negative is often used in a more sense, 'bad' and positive with 'good'. I find that unhelpful (as in, not very helpful at all).

The word school doesn't mean education. Education is bigger than school. People recognise that education happens outside of school for everyone except for school age children.

The word school doesn't meant learning either. People recognise that learning happens throughout life, not just when we're at school.

It is a laziness of habit, promoted by ignorant people, to swap the words education and learning with the word school. However, I'm not lazy or ignorant when I use the word unschooling. I'm saying something very deliberate and I don't see it as negative at all.

I am a natural learner. I am whole life learner. I am self-directed learner. And more. I can and do use many words to describe what I do, but I when I say I am an unschooler I am telling everyone that I don't think school is only place children can or must learn or be educated. It's a deliberate political statement about my thoughts on school, education and learning.

Moreover it describes what we did. School isn't just a place: it's a way of thinking about education and learning. We rejected that philosophy. Unschooling says that. The word is deliberately provocative. It challenges people to rethink the word school and what it means. It challenges them to grow beyond their initial ignorant reactive perceptions and consider new ideas that make sense and work.

For decades people assumed that homeschool meant children were taught at home by their parents, many thought it was correspondence school. People worried about socialisation and indoctrination, but gradually people have come to accept that it's  not a threat to society, it's not even weird any more and provided someone in the government is checking up on us, it's probably okay. Homeschool has become (almost) mainstream. So perhaps that is why the word unschool is being noticed by the media. Perhaps homeschool is not as controversial as it once was, no longer catches the headline attention media desires?

Homeschool, unschool - the essence is that it is happening outside of school - and both those words say exactly that. For me that is the key point I want to make when communicating what I did to others: my children didn't need to go to a school to learn or be educated. 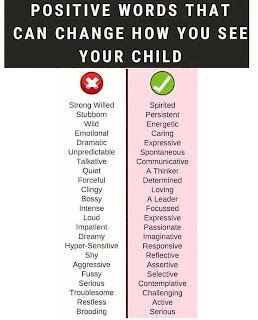